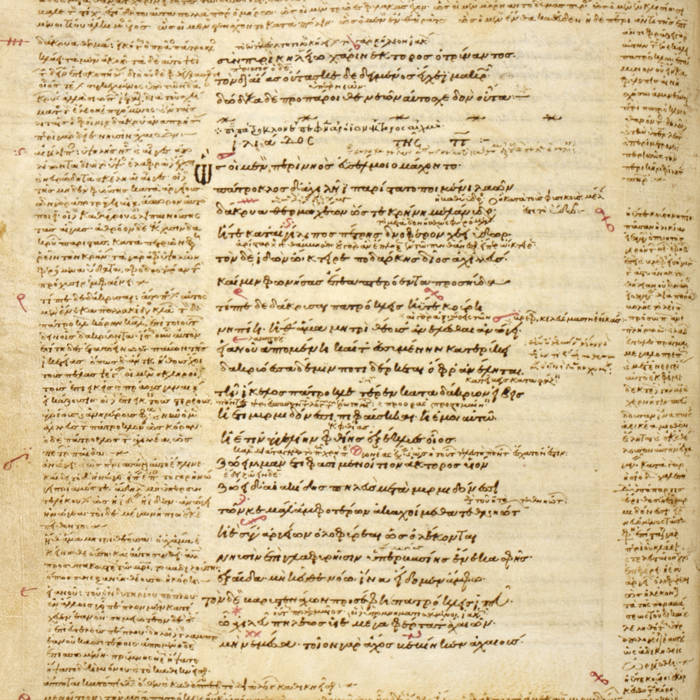 Iliad: drama as idea; dramaturgical action as it existed in the minds of human beings as transmitted by way of oral tradition, circa 850 BC. The historical context of the poem itself is the time of the Late Bronze Age collapse: 1100 BC. The poem as it is told is separated from its subject matter by nearly 400 years. Little information exists of its early condition, but in the second century BCE, Alexandrian librarians stabilized it into a text from which all modern texts descend.

Chrestomathy: no works by Eutychius Proclus are known to have survived. However, it is believed that he is the author of a Chrestomathy which is the most important source of information on the Epic Cycle, which tells of the Trojan War.

A scholia: a flurry of recording thoughts and committing them to writing … followed by long periods of contemplation and struggle with concepts, translations, passages … followed again by new insights, intuitions … existing in a volume representing the site of an act of remembrance.

Eustathius: continued development and commentary, entirely based on extracts of works which are now lost.

Apion & Herodorus: dueling interpretations and imaginings which sometimes collide, become interleaved with one another, and then separate in flashes of crystalline diffusion … ascending into high realms of subdivision and variegation.