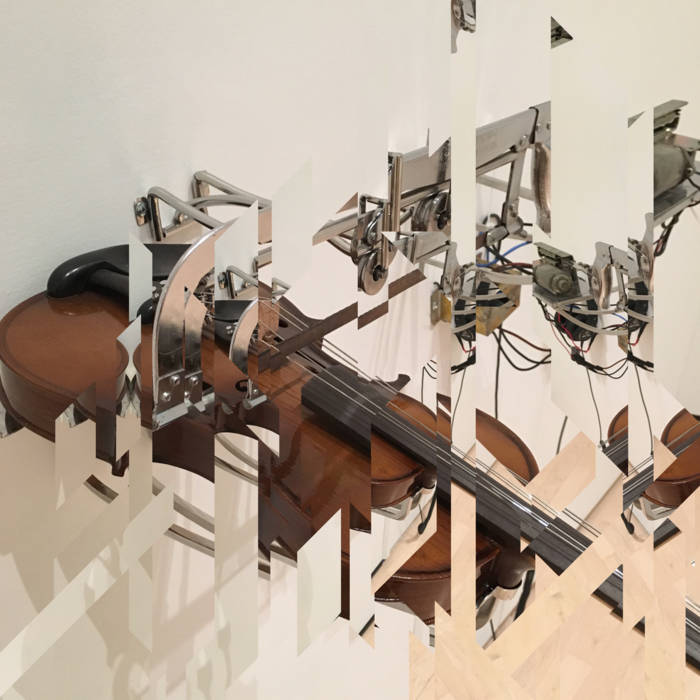 ‘Vectorial Monody’ is a multimedia work for solo viola incorporating electronic synthesis and video projection of rule-based line formations. These patterns contain numerical correspondences to the complex tones that are heard throughout the piece, and the geometrical lines, both visual and musical, form an imagined mimesis of classical Greek odes to the dead; a monody which would have been given by a single actor and which would have contained sighs, laments, and invocations of the underworld. The complex, interconnected underpinnings of reality would merge with the mysteries of the thereafter in such a performance, and so the intention to create an atmosphere of mathematical beauty and human expressivity (as it relates to the ‘voice’ of the viola) was the driving motivation behind the combination of these sororities and visualizations.

Cover: Image fragmentation based on *Sounds from Nowhere* (2014) by Mahbubur Rahman