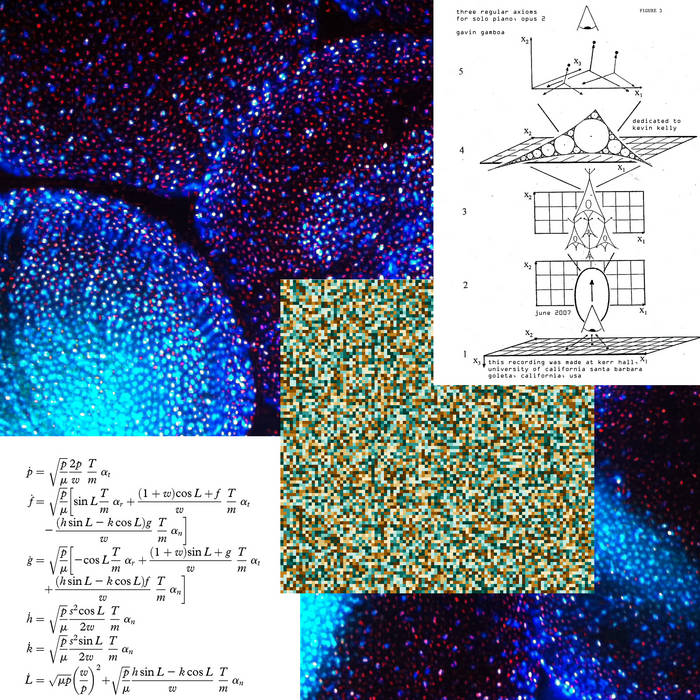 This early piano work, in three parts, represents an experiment in transcribing and codifying a series of improvised recording sessions built upon a small set of pre-determined thematic fragments, which recur throughout in various iterations. The result is a ‘fixed’ score which embodies ‘un-fixed’ principles; capturing extemporaneous musical material into something unified and static.

The release of this set of pieces was postponed due to a master print that was previously thought to have been lost. Despite being in possession of lossy reference files, these lacked the requisite fidelity for publication. A copy of the original master was found in late 2014.

This recording was made at Kerr Hall,
University of California Santa Barbara
Goleta, California
June 2007