Second Assortment of The Well​-​Tempered Clavier Book I 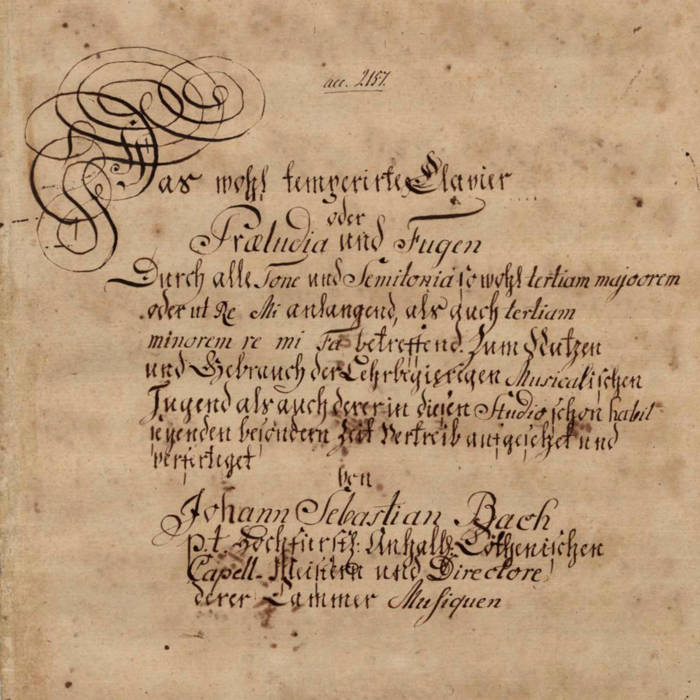 The best known of J.S. Bach‘s clavier works is the famous set of preludes and fugues known as the Well-Tempered Clavier. This musical text was intended to function as a fundamental guide for the understanding of harmony and rhythm. The objective–to introduce the 24 major and minor keys—was a challenging notion at the time; the established traditions of instrumental tuning did not allow for the simultaneous use of many keys with multiple sharps or flats on one instrument. Bach was attempting to integrate a type of tempered tuning that has remained the foundation of musical thought to this day.

Despite being initially implemented as teaching guides for his students, Bach’s complete collection of the preludes and fugues are now highly regarded musical works, not only for how influential they have been but also because of their unique intricacies and complexities. In principle and compositionally speaking, the preludes are lyrical and free; the fugues—strict. All these vary wonderfully in subject, texture, form, and treatment. This is a music that offers metaphysical sustenance for the spirit and one which offers a glimpse into the musical arts of the baroque.

Second in a series of live/studio recordings which comprise the Well-Tempered Clavier Book I.

First Assortment of The Well-Tempered Clavier Book I:
gav.cloud/album/first-assortment-of-the-well-tempered-clavier-book-i