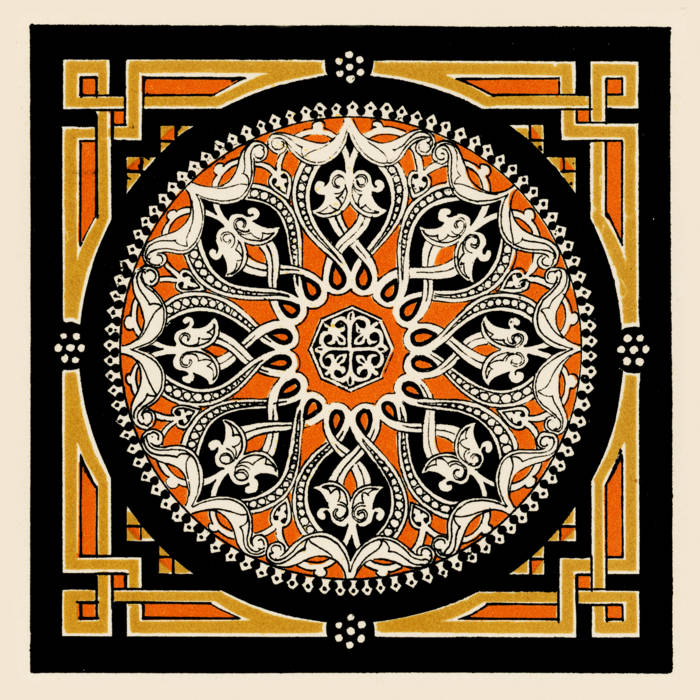 The first Partita is an exploratory essay in extemporaneous composition reflecting a fascination with Baroque dance-forms. The implications of these forms become stretched, mutated, abstracted from, denied, and revisited in each respective movement. The dances take as their point of departure an assumption regarding the form & meter, one which is never definitively proved, merely alluded to and asserted, manipulated, and generated through a series of altered repetitions, angles, and periodic returns to preestablished motifs. As these patterns of identity and expression are built through the medium of shifting perceptions, a re-contextualized pattern of intelligibility emerges which simultaneously negates and affirms the dances upon which they are based.

Cover:
Antique illustration of the grammar of ornament
Owen Jones
1856