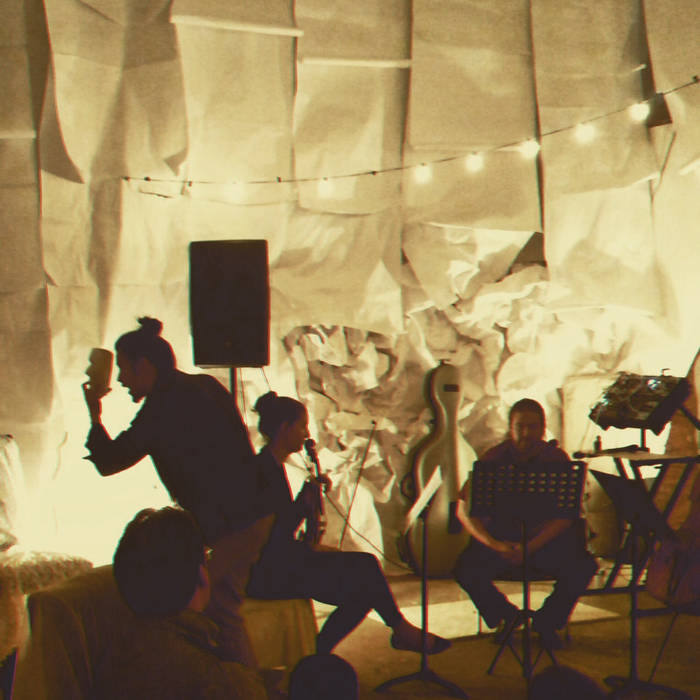 Named after a post-show event concert series which ran in conjunction with FourLarks' production of *The Temptation of St. Anthony* at Basic Flowers, Downtown Los Angeles, August 27-October 2 2016

THE CONFERENCE OF THE BIRDS:

The world's birds gathered for their conference
And said: "our constitution makes no sense.
All nations in the world require a king;
How is it we alone have no such thing?
Only a kingdom can be justly run;
We need a king and must inquire for one."

They argued how to set about their quest.
The hoopoe fluttered forward; on his breast
There shone the symbol of the Spirit's Way
And on his head Truth's crown, a feathered spray.
Discerning, righteous and intelligent,
He spoke: "My purposes are heaven-sent;
I keep God's secrets, mundane and divine,
In proof of which behold the holy sign
*Bismillah* etched for ever on my beak.
No one can share the grief with which I seek
My wits find water in the trackless waste.
I come as Solomon's close friend and claim
The matchless wisdom of that might name
(He never asked for those who quit this court ,
But when I left him once alone he sought
With anxious vigilance for my return—
Measure my worth by this great king's concern!).
I bore his letters—back again I flew—
Whatever secrets he divined I knew;
A prophet loved me; God has trusted me;
What other bird has won such dignity?
For years I traveled over many lands,
Past oceans, mountains, valleys, desert sands,
And when the Deluge rose I flew around
The world itself and never glimpsed dry ground;
With Solomon I set out to explore
The limits of the earth from shore to shore.
I know our king—but how can I alone
Endure the journey to his distant throne?
Join me, and when at last we end our quest
Our king will greet you as His honored guest.

How long will you persist in blasphemy?
Escape your selfhood's vicious tyranny—
Whoever can evade the Self transcends
This world and as a lover he ascends.
Set free your soul; impatient of delay,
Step out along your sovereign's royal Way;
We have a king beyond Kaf's mountain peak
The Simorgh lives, the sovereign whom you seek,
And He is always near to us, though we
Live far from his transcendent majesty.
A hundred thousand veils of dark and light
Withdraw His presence from our mortal sight,
And in both worlds no being shares the throne
That marks the Simorgh's power and his alone—
He reigns in undisturbed omnipotence—
Bathed in the light of His magnificence—
No mind, no intellect can penetrate
The mystery of his unending state:
How many hundreds thousands pray
For patience and true knowledge of the Way
That leads to him whom reason cannot claim,
Nor mortal purity describe or name;
There soul and mind bewildered miss the mark
And, faced by Him, like dazzled eyes, are dark—
No sage could understand His perfect grace,
Nor seer discern the beauty of His face.
His creatures strive to find a path to Him,
Deluded by each new, deceitful whim,
But fancy cannot work as she would wish;
You cannot weigh the moon like so much fish!
How many search for him who's heads are sent
Like polo-balls in some great tournament
From side to giddy side—how many cries,
How many countless groans assail the skies!
Do not imagine that the way is short;
Vast seas and deserts lie before His court.
Consider carefully before you start;
The journey asks of you a lion's heart.
The road is long, the sea is deep—one flies
First buffeted by joy and then by sighs;
If you desire this quest, give up your soul
And make your sovereign's court your only goal.
First wash your hands of life if you would say:
"I am a pilgrim of our sovereign's Way";
Renounce your soul for love; He you persue
Will sacrifice His inmost soul for you.