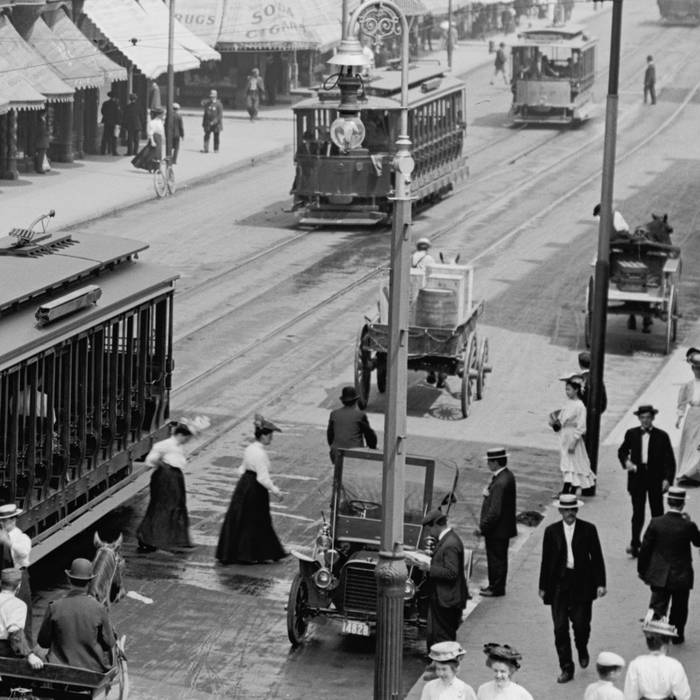 I view the pieces of this album leaf as depicting early refrains of the collective unconscious' proto-understanding of the Cybist impulse, perhaps encapsulated in people's dreams of the future, or in their desires of the present … imaginings which were never fully articulated or known by anyone to whom they occurred. I imagine ideas such as these as being absorbed back into the froth and chaos of history, disappearing, then reemerging and brought to fruition by others who are at a distant remove from the primary dreamers, tinkerers, and visionaries. While focused primarily on an America of the early 20th century and pointed towards Cybism, one comes to recognize this process playing out across all of history, as these yearnings of a collective unconsciousness materialize at some distant point from their origination.

“Cybism is a new sensibility emerging in art respecting the integration of certain aspects of science, technology and consciousness – a consciousness struggling to attend to the prevailing current spirit of our age. This cybistic zeitgeist I identify as being precisely a quality-of-life desire in which everything, everywhere, all at once is connected in a rhizomatic web of communication. Therefore, cybism is no longer content with the regurgitation of standardized repertoires. Rather I detect in art a fertile attraction towards the abstractions of advanced scientific discovery – discovery now stripped of its fundamentally reductive logical methodology. Moreover, cybism can be used to characterize a certain group of researchers and their understanding of where cultural space is developing today. Cybists reflect on system dynamics with a hybrid blending (cybridization) of the computational supplied virtual with the analog. Digitization is a key metaphor for the cybists only in the sense that it is the fundamental translating system today.” — Joseph Nechvatal