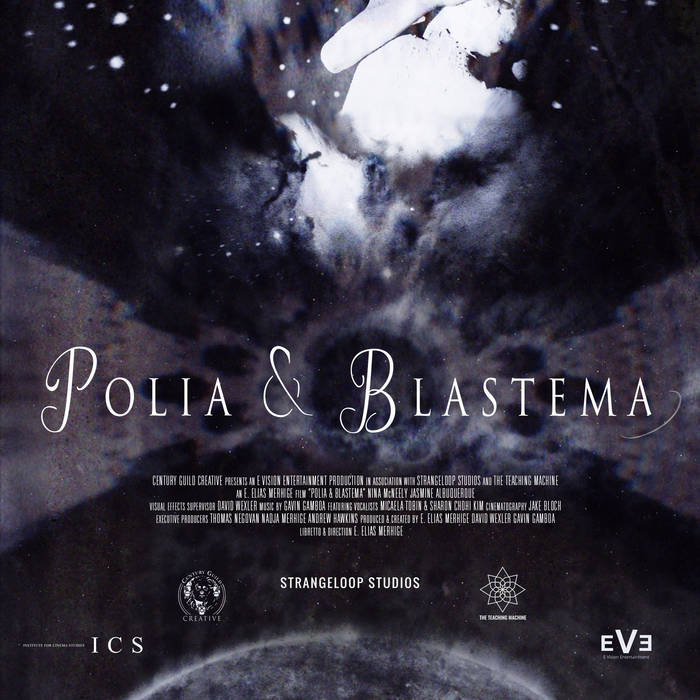 "Bold. There is no one left exploring new imagery and new sound so radically." - Werner Herzog

Announcing — Polia & Blastema — a cosmic opera
is a set of B-sides, Stems, and Previews. Download comes bundled with Teaser Trailer.

Full Score will become available at a later date.

Polia & Blastema, E. Elias Merhige's first foray into opera, is a 40 minute gnostic creation myth told through a visual tapestry which journeys into immensely desolate hellscapes of the inorganic as organic folding back onto itself in ever spiraling, fractally superimposing cataclysms of wormhole network (be)longing.

Aesthetically tempered by aspects of decay, rot, earth, and the meta- myth structure of human cognition, the multi-leveled world of Polia & Blastema is in-formed by Viennese Actionism as much as it is by Eugene Thacker’s notions of “the world without us”, of supernatural horror and dissolution, expressed in the separation and (re)union of two entities who in the end feast on one another in ritualistic ecstasy.